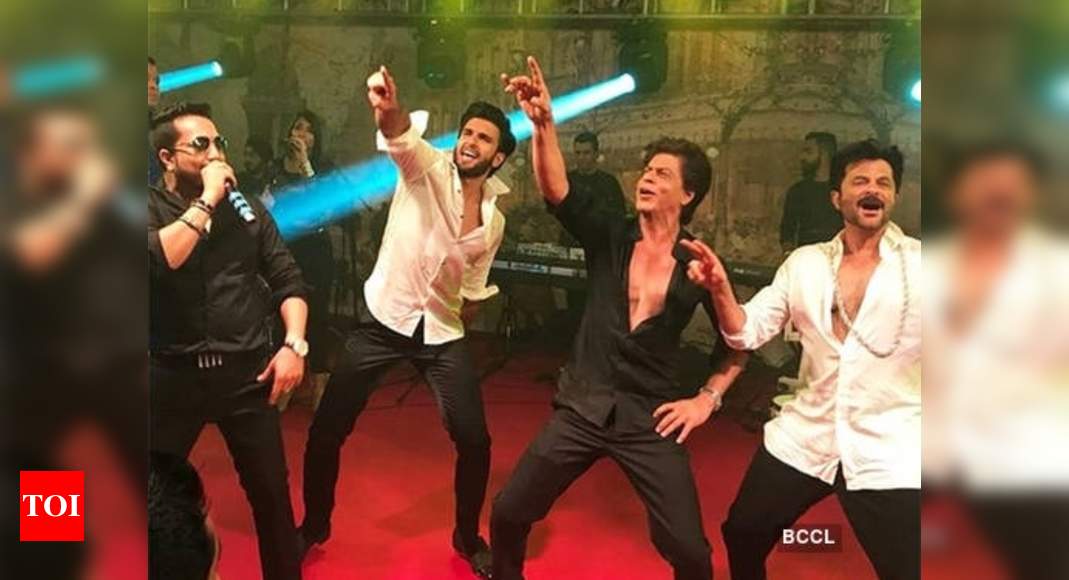 Actress and birthday girl Sonam Kapoor, who tied the knot with her longtime boyfriend Anand Ahuja in May 2018 saw a gala of Bollywood celebrities attend her wedding. The couple’s wedding was not only a treat for Sonam’s fans but all for Bollywood lovers as the entire B-town had gathered under one roof.

But the highlight from the wedding was surely Salman Khan and Shah Rukh Khan‘s dance performance at the reception which set the stage on fire. Not only did the Khan’s rock the entire party but the bride’s father Anil Kapoor too got into his elements as he too joined Salman-SRK on the dance floor. Check out the video here:

Well, that was not all as Varun Dhawan and Ranveer Singh also joined the popular trio and grooved to Mika‘s soulful voice, who crooned ‘Tan Tana Tan’, ‘Koi Mil Gaya’, ‘Jaanam Samjha Karo’ and many other iconic numbers.

Meanwhile, birthday girl Sonam Kapoor, who was in New Delhi since her return from London, arrived in Mumbai yesterday, just in time to celebrate her birthday with her family at home. Several pictures and videos from the diva’s birthday bash have been making rounds on the internet.

On the professional front, Sonam is all set to star in the Hindi remake of popular Korean film ‘Blind’ and also team up with Kareena Kapoor Khan for the sequel of ‘Veere Di Wedding’.