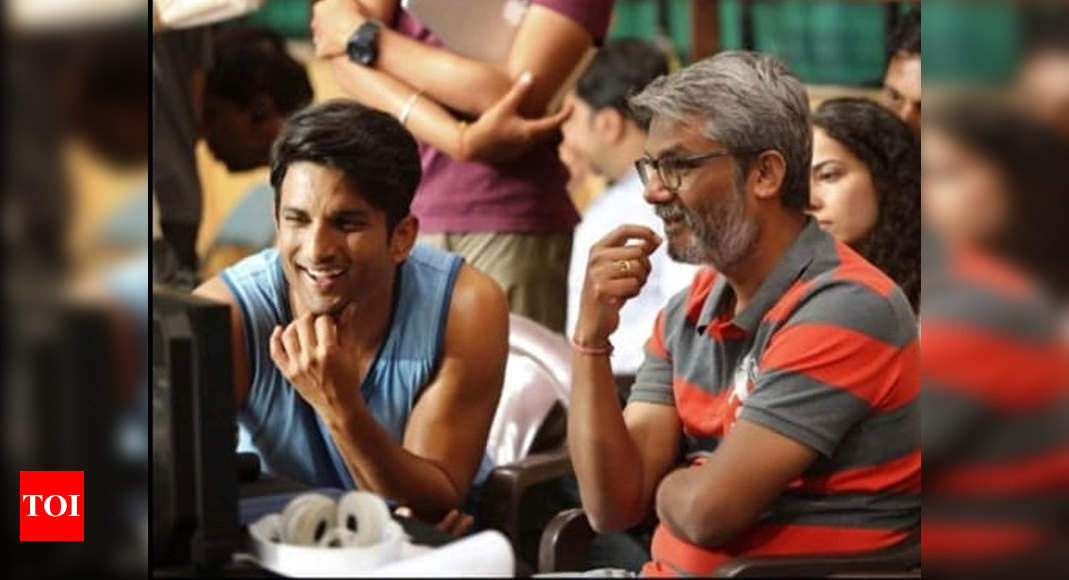 Sushant Singh Rajput’s demise has fans and his friends from the Bollywood film industry, reeling with shock. Fans have been keeping his memory alive by sharing some of his best film dialogues, photoshoots, inspiring quotes and more.

This Throwback Thursday brought with it a sweet birthday wish Sushant made to his ‘Chhichhore’ director Nitesh Tiwari. In a special Instagram post, director Tiwari shared a photo from the sets of their superhit film and said, “Wish you health, happiness and peace brother. Have a fab b’day @sushantsinghrajput.” 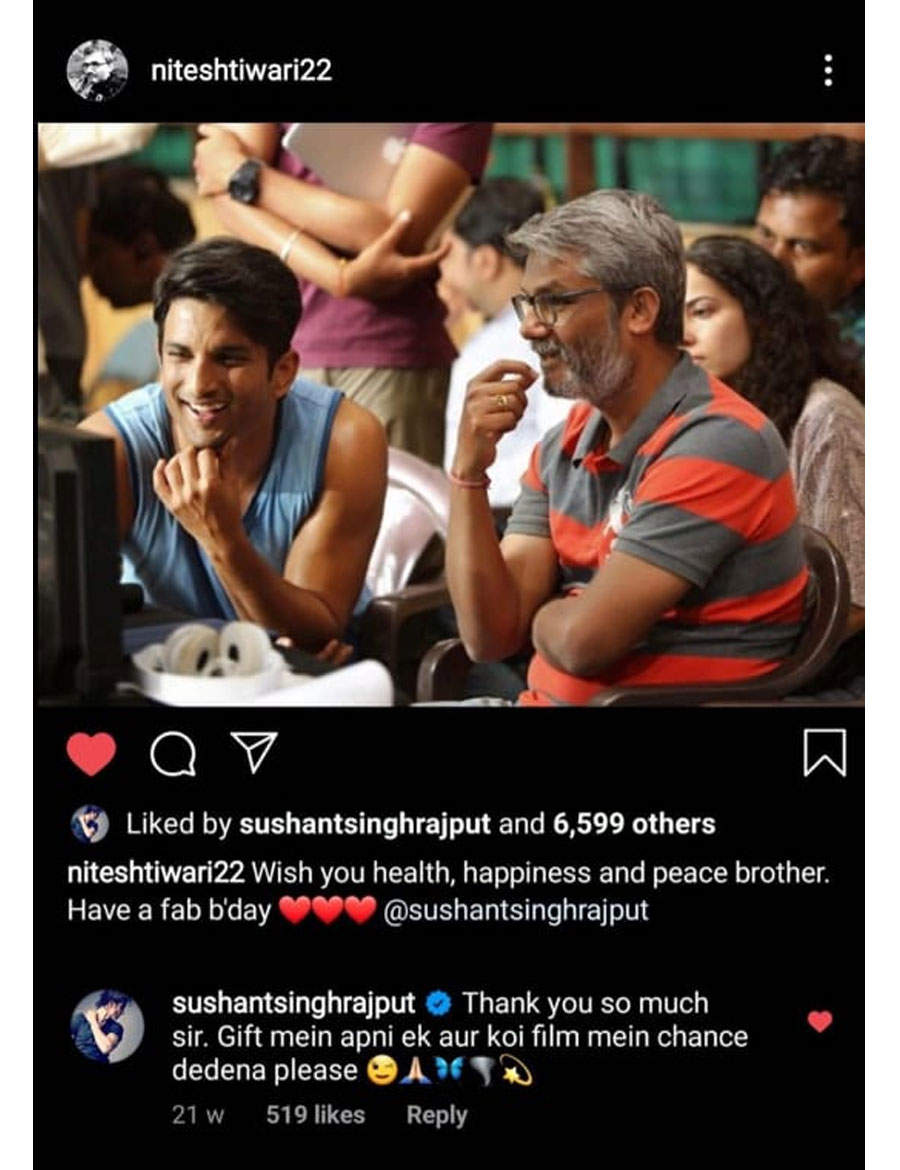 In a post doing the rounds on social media, the actor replied to his director’s greeting and made a birthday wish, saying, “Thank you so much sir. Gift mein apni ek aur koi film mein chance dedena please.”

The photo is one among the many that have so far, gone viral on social media. Previously, a screengrab of the actor pleading with a person to watch his film, saying that he didn’t have a godfather in the industry, had social media buzzing.

Sushant’s hard-hitting dialogue on suicide from the film ‘Chhichhore’ had also gone viral on social media. The actor’s co-stars from the film – Shraddha Kapoor and Varun Sharma were among the very few stars who were spotted attending the actor’s funeral on Monday.

Early Thursday evening, Shraddha even shared a treasured photo from the film and penned a heartfelt note for her former co-star that read, “Been trying to accept what has happened and coming to terms with it is very difficult. There is a huge void… Sushant…! Dearest Sush…! Full of humility, intelligence, curiosity about life, seeing beauty in everything, everywhere! He danced to his own tune!

I always looked forward to seeing him on set, wondering what captivating interaction we would have next! Apart from being a wonderful co-actor who put his heart and soul in to his work, he was at his core, an amazing person. He cared for people and wanted to see them happy. His kind smile, the conversations we had at shoot about the Cosmos, different philosophies, the moments we spent together, were filled with magical wonderment! During a lovely musical and poetry filled get together at his home (he loved music and poetry), he showed me the moon from his telescope and I was so speechless that I could see it’s exquisite beauty up close!! He wanted to share that feeling! Our Chhichhore gang went to his beautiful home in Pavna, where we were awestruck together with the peace and calm of the nature around us – he loved nature! He saw things through a kaleidoscopic lens and wanted to share that with everyone around him. He was mesmerized by the simplest things and would muse on them in a genius way…! He was truly, One of a kind… I’ll miss you.. dearest Sush… Shine on…“

The Mumbai police are reportedly investigating the actor’s death by suicide. So far, the police have recorded 10 statements from those closest to him, including actress Rhea Chakraborty and his director friend Mukesh Chhabra.

Although said to be a standard proceeding into investigations of a suicide case, reports also claim that the police are trying to rule out the possibility of foul play owing to professional rivalry.