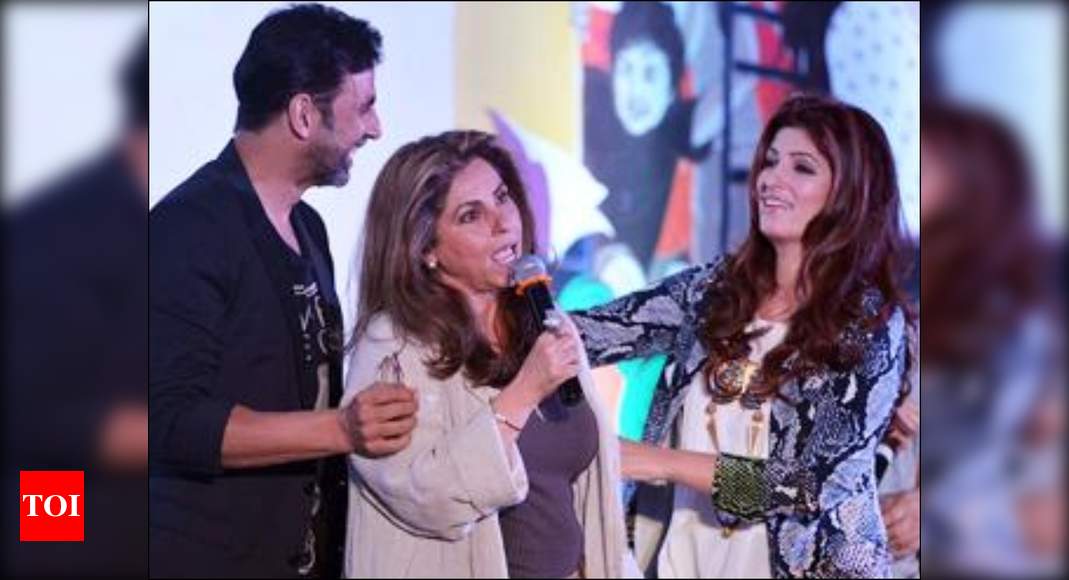 Akshay Kumar and Twinkle Khanna are one of the most loved of Bollywood. The duo was quite a revelation on Karan Johar’s talk show. It was probably the first time that they appeared together on a show. Twinkle, who is known for her outspokenness and unabashed statements, revealed that her mother Dimple Kapadia thought Akshay was gay.

It was when Karan asked about their marriage, Twinkle opened up on how her mother had reacted when Akki asked her hand in marriage.

Twinkle narrated an incident when her mother thought Akshay was gay, before getting married. She revealed that they were sitting together on the couch at home and Akshay was doing acupressure for her mother’s friend’s back. Dimple told her that she needs to tell her something about Akshay once he leaves. On insisting, Dimple told Twinkle that one of her friends was doing a piece on a gay newspaper which said that Akshay is gay. She said that she literally fainted after listening to this.

Twinkle further revealed that the only way to convince her mother was to show her that they will be happy together. Dimple had kept a condition for Akshay and Twinkle’s wedding. She wanted them to live together for a year before getting married.