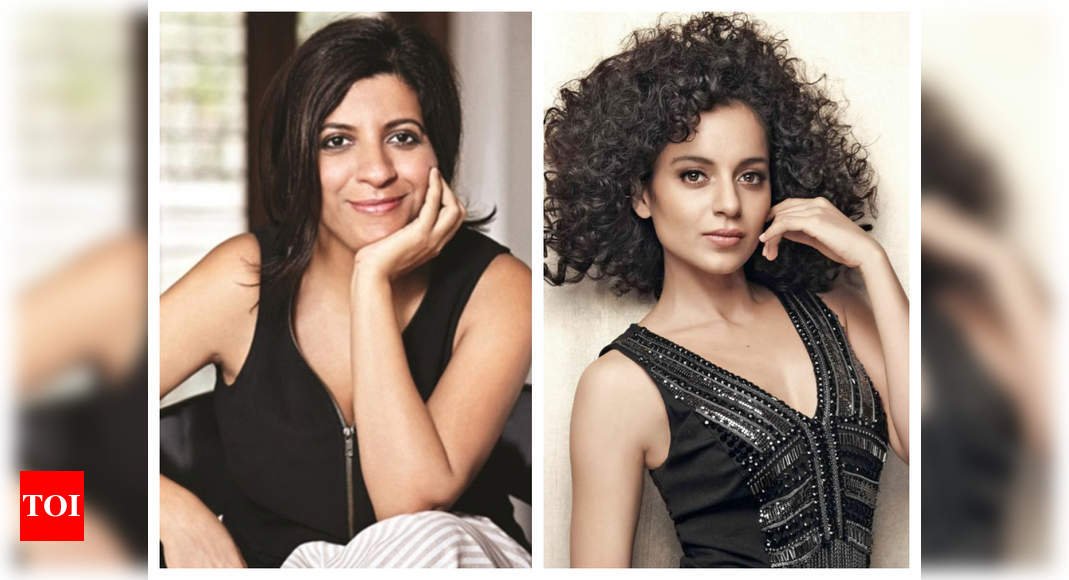 Kangana Ranaut has always accused the Bollywood fraternity of not being very supportive towards her. However, there have been many times in the past when the ‘Queen’ actress was showered with nothing but praise for her talent and hard work.
Even filmmaker Zoya Akhtar showed some special interest in Kangana when she graced an episode of Karan Johar’s chat show in the past. When Karan asked Zoya who she would pick if she were to experiment and have a thing with an actress, she chose Kangana Ranaut. According to Zoya, Kangana is quite a hottie!

In the past after the release of her film, ‘Manikarnika: The Queen of Jhansi’, Kangana had accused her Bollywood counterparts of not being supportive towards her. Zoya had then slammed the actress by saying that she does not understand her accusation. According to the filmmaker, people do appreciate her work.

Kangana is currently self-quarantined at her Manali home with her family. She might not be on social media but her pictures and videos make their way to the internet through her fan-clubs and needless to say, they are a sight for the sore eyes.

Meanwhile, on the work front, she was last seen in Ashwiny Iyer Tiwari’s ‘Panga’. The movie also starred Neena Gupta, Jassie Gill, Richa Chadda, and others in key roles. The movie received appreciation from the audience and critics alike.

She will next be seen in J Jayalalithaa biopic titled, ‘Thalaivi’.