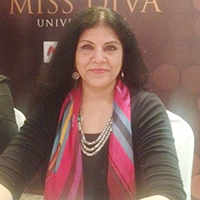 The grief for Sushant’s death is also the grief for a part of ourselves that is lost with him.

So then, are we supposed to take Sushant Singh Rajput’s suicide as one of those big mysteries of life that cannot be solved? Kangana Ranaut yells righteously from cool Manali environs and Salman Khan pays lip service from his Panvel farmhouse, Karan Johar gets his ‘huge wake-up call’, and Mukesh Bhatt turns clairvoyant saying Sushant was “a very disturbed soul…”

Netizens pounced on all slurs – new and old, real and imagined, and directed their joint ire on the hapless heads of celebrities trying to get onto the Twitter bandwagon with a trending hashtag. A star would express shock and grief over young Sushant’s death, and land in the eye of an unexpected storm! Not many knew what hit them.

Nobody was spared, and everyone looked at with a suspicious eye. Alia Bhatt was slammed for an old episode of Koffee with Karan where she quipped she would choose to “marry Ranbir, hook-up with Ranveer Singh and kill Sushant”. For another KWK episode, Sonam Kapoor was reviled for going “Huh?” over Sushant’s name. All of Sushant’s past girlfriends received their share of anger. Charges of nepotism in Bollywood and hints of financial problems – all are doing hysterical rounds.

What is happening here? Why has a sensitive, well-loved man’s tragedy become a frenzied social media circus? Understandable, really. As accusations, slurs and counter-slurs fly, everyone is just trying to make sense of a senseless tragedy. A young, handsome actor doing well professionally after years of struggle kills himself. Why would he do that? Why did he not pause for a moment of explanation to those who loved him? Why did he feel he couldn’t carry on any more? Why did he ignore the agony he would leave behind?

What pierces millions of hearts is that Sushant was one of us – neither born to lineage, nor someone who just got a lucky break. A boy next door – who rose from the masses, Sushant was a self-made star, and intelligent to boot. Further, a science enthusiast! He worked for it and all witnessed his slow and steady way up the ladder. He did us all proud.

A story like Sushant’s makes us believe in ourselves and in the possibility of dreams becoming reality. That belief is very precious to us. And then, when such a man breaks and gives up on life, we all break in some place too.

And so, the grief for Sushant’s death is also the grief for a part of ourselves that is lost with him. The belief that dreams come true. Sushant has shown us that anything is possible with consistent hard work and sharp focus. But now he has also shown us that there is so much that is unseen and undealt with. So much pain and loneliness, which all the love and limelight could not soothe. Dreams shatter too…

DISCLAIMER : Views expressed above are the author’s own.