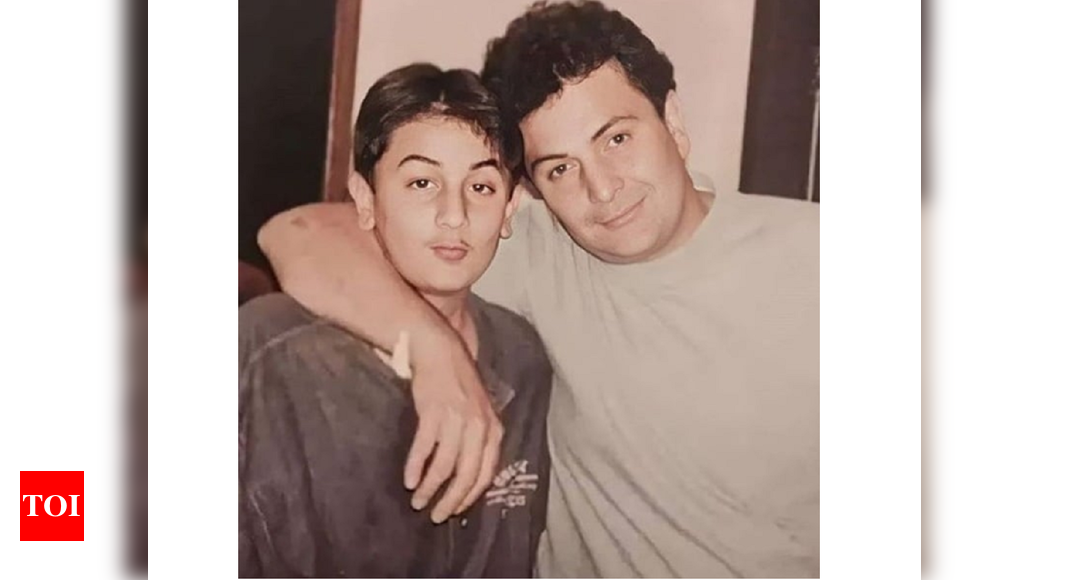 Fanclubs dedicated to B-town stars keep digging out old photos. Many unseen pictures go viral on the internet in no time.

Today, we bring you this throwback picture of Ranbir Kapoor with his father Rishi Kapoor. The photo is too cute as the young Ranbir looks and his late father Rishi is unmissable.

Rishi Kapoor passed away on April 30 after a long battle with cancer. In September 2019, the actor returned to Mumbai after staying in New York for almost a year for treatment.

On the work front, Ranbir has a film with Sanjay Dutt, Vaani Kapoor. Apart from this, he also has Ayan Mukerji‘s ‘Brahmastra‘ co-starring Alia Bhatt and Amitabh Bachchan. It also stars Nagarjuna Akkineni, Dimple Kapadia, Mouni Roy. Produced by Karan Johar, the movie is slated to release on December 4, 2020.