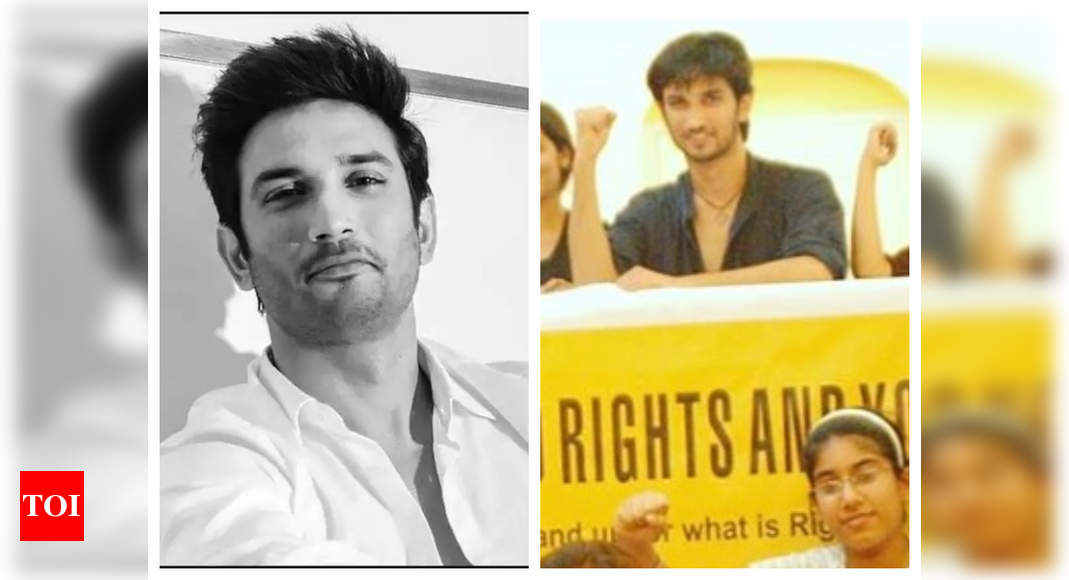 After the tragic demise of Sushant Singh Rajput, his fans and friends have been sharing throwback pictures, videos, and interviews on social media and we just cannot get enough of the late actor. Today, we got our hands on a throwback picture of Sushant from his first play and it is simply unmissable!
The picture was first shared by the director of the play, Juuhi Babbar Sonii on social media on the day Sushant died and it is being re-shared by his fans.